The winners of the 2020 Kaohsiung Film Festival International Short Film Competition were announced yesterday (24 October). After several days’ viewing and a passionate long debate over the nominated films, the jury finally reached the conclusion yesterday. In the Taiwan Section, See You, Sir directed by Lin Ya-yu won the Taiwan Section Golden Fireball Award and Man Man Er Asian Rising Star Award, becoming the biggest winner last night. In the International Section, White Eye from Israel beat the others, winning the Golden Fireball Award. This year, we received a record-breaking number of submissions in the VR Section, and it is The Book of Distance that garnered the VR Golden Fireball Award. The festival continues until November 1 and the public are encouraged to see the winning films in the Kaohsiung Film Archive to demonstrate our support for the filmmakers! 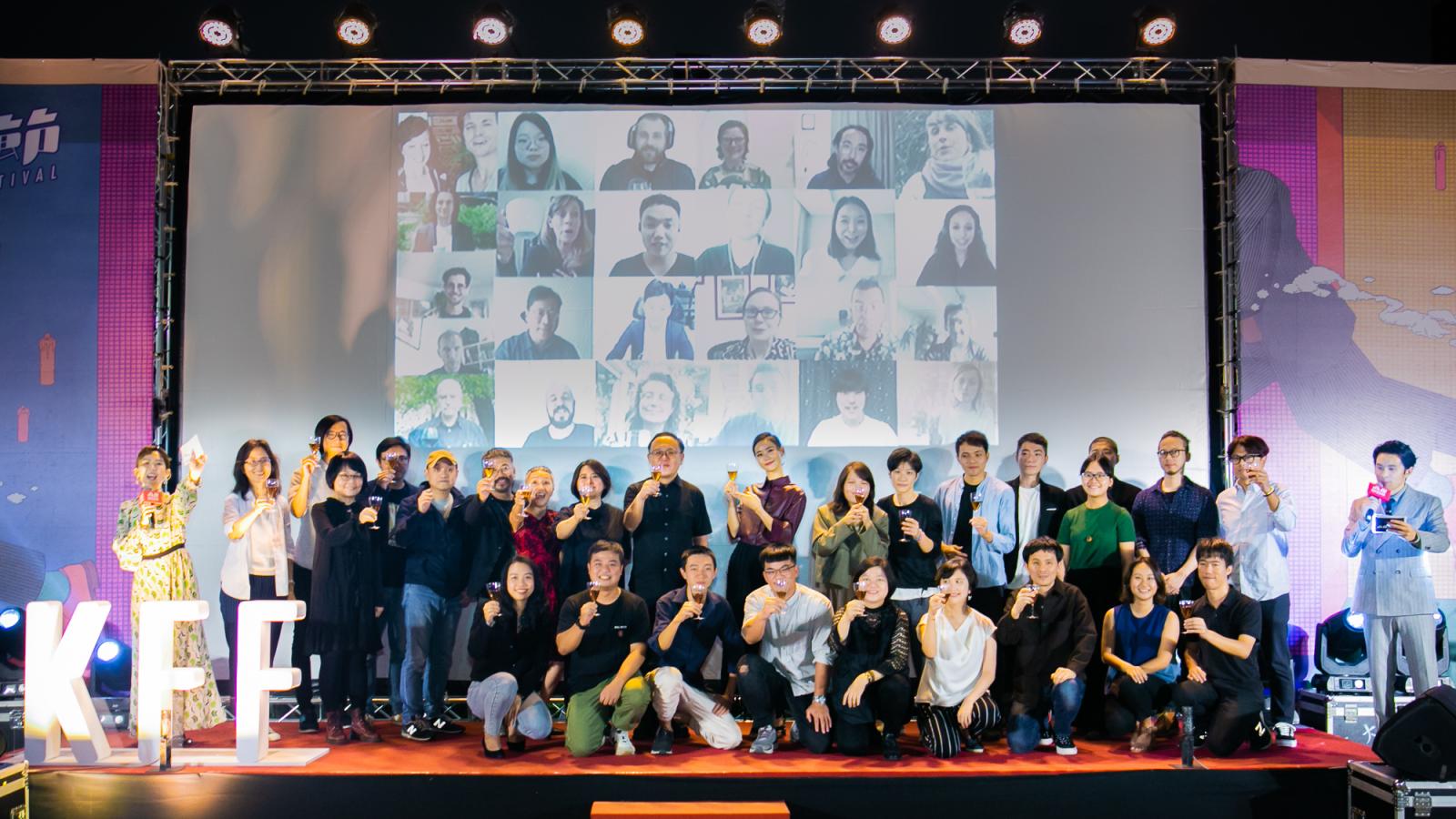 Hosted by Yao Chun-yao and Sun Ke-fang, the International Short Film Competition award ceremony was held yesterday evening. Actress Aviis Zhong and director Cheng Wen-tang, both of whom had participated in several editions of the Kaohsiung Film Festival, were invited back as “Best Friends of the KFF” to present the awards to the winners. Although many winners could not come to Taiwan due to the global pandemic, they immediately appeared in video clips, expressing and sharing the joy with the guests. All the winning films are screened in the last week of the Kaohsiung Film Festival and the audience are urged to seize the opportunity to watch them in the cinemas. 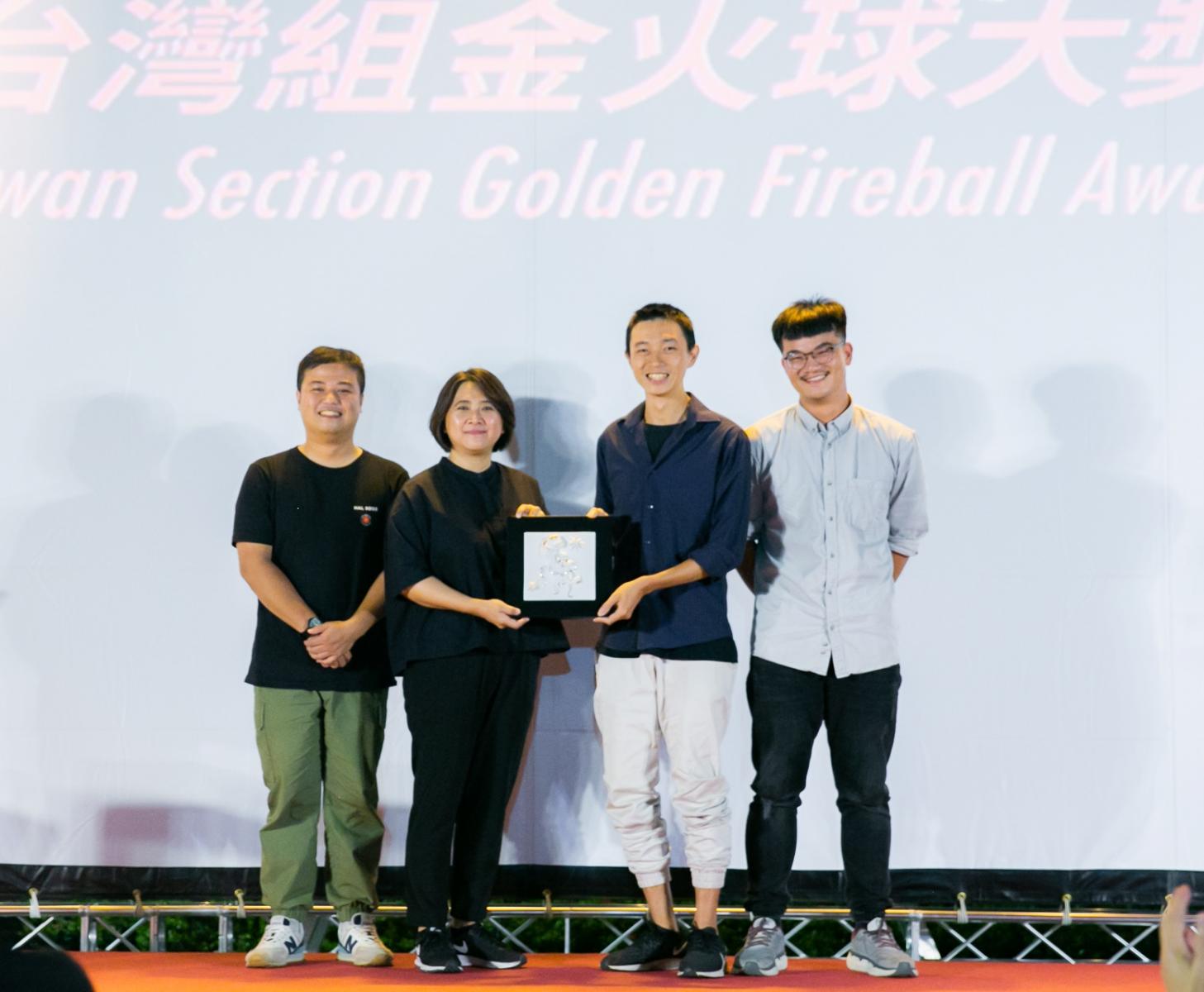 The Taiwan Section Golden Fireball Award this year went to See You, Sir, a film about the young inmates’ lives in a juvenile detention house directed by Lin Ya-yu. To date, the film has won several prizes in various short film competitions in Taiwan, and it is undoubtedly one of the most outstanding fiction short films of the year. When Lin Ya-yu accepted the award on the stage, he became so emotional since he did not expect to win another prize. While expressing his gratitude to the crew, he highly praised the promising young actors. In addition to the Golden Fireball Award, See You, Sir was the winner of the Man Man Er Asian Rising Star Award, an out-of-competition prize. In the International Section, the Golden Fireball Award went to White Eye. In a video clip, director Tomer Shushan expressed his thanks to the jury and all the audience who saw the film during the film festival. In the VR Section, it was The Book of Distance that bagged the VR Golden Fireball Award. In the video clip, director Randall Okita said that he felt grateful as this work could be shown together with the experiences of so many brilliant artists, and although he could not be present, he was very happy and excited. 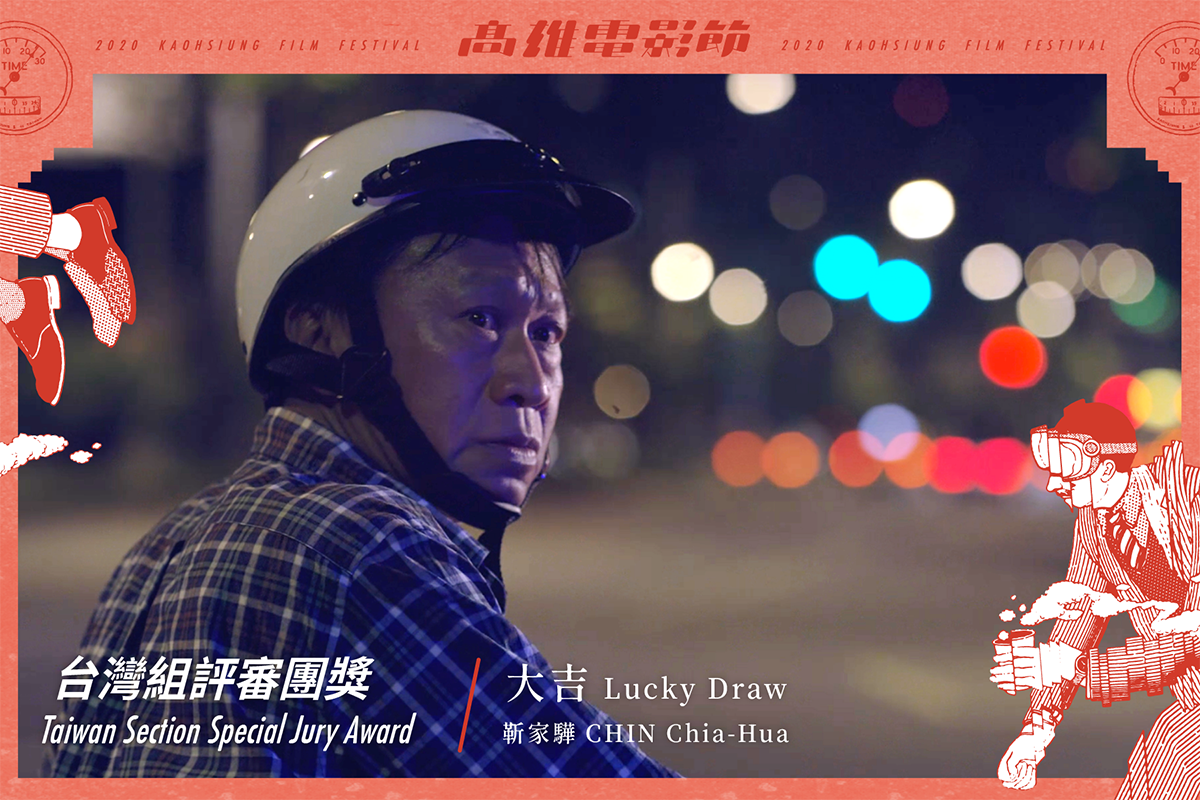 The Special Jury Award in the International and Taiwan Sections were respectively awarded to Da Yie, a Belgium and Ghana co-production directed by Anthony Nti and Lucky Draw directed by Chin Chia-hua. When director Chin Chia-hua accepted the award from Lu Yi-ching, one of the judges, he thanked not only the cast and crew but the Kaohsiung Film Festival for providing a platform where he met many filmmakers working in different styles and fields. He said, ‘This year proves to be a very hard time but fortunately, we are still able to gather together and watch films.’ Special Mentions in the Taiwan, International and VR Sections respectively went to In This Land We're Briefly Ghosts, Sticker and Gravity VR. In a video clip, director Lo Chen-wen expressed her gratitude to the jury for the recognition she gained from In This Land We’re Briefly Ghosts and made it clear that she would continue following and caring for those who had been neglected and left to face hardship alone in her work. Fabito Rychter, one of the directors of Gravity VR, said in the video that he was very happy for the work to be showcased in Taiwan but felt gutted that he had to say his thanks through recording rather than receiving the award in person, and therefore he hoped that one day, he would be able to bring his work to meet the audience in Taiwan. The Asian New Wave Award for which both the international and Taiwan films were eligible to compete went to Crew 3, 14 from Russia while Hell, a film that leads us deep into a prison in Africa won the Formosa Human Rights Award. Moreover, the Taiwan Student Award was given to A Cat May Look at a King; when director Cheng Chih-ming received the prize on the stage, he thanked the Kaohsiung Film Festival for leading him into the world of filmmaking, and he felt very sorry that the protagonist had died of illness before he could see the finished work and what happened afterwards. ‘Nevertheless, I feel honored that through the cat, I was able to share his friendly and passionate attitude towards life’, said Cheng Chih-ming. In the VR Section, MOWB won the VR360 Award and Legends of the Brush won the VR Immersive Award; both of the directors thanked the jury for the recognition they won in video clips and hoped that they would have the chance to meet the Taiwanese audience in the future. Apart from the awards listed above, Men Killer directed by Rachel Chen won Children’s Jury Award, a prize voted by the child audience. Best Inspired Artwork, a prize co-presented by the Kaohsiung Film Festival and the art classes in Feng Hsin Senior High School, went to I Always Belong to You painted by Hu Chun-yao. As the painting was inspired by Blüte, an animation directed by Raito Low, Hu Chun-yao gave the painting to director Low at the award ceremony, who received it with surprise and joy.

The 2020 Kaohsiung Film Festival is taking place in Kaohsiung Film Archive, MLD Cinema, Kaohsiung Main Public Library, VR FILM LAB, P3 Warehouses at the Pier 2 Art Center and VR eSports Land until November 1. Starting from October 19, the Short Film Competition nominees are screened at the KFF and the tickets for most of the screenings are still available. Furthermore, the tickets for short films are at a special offer of NTD 150 each (full price NTD 200). Please go to the KFF official website, Instagram and Facebook for more information. 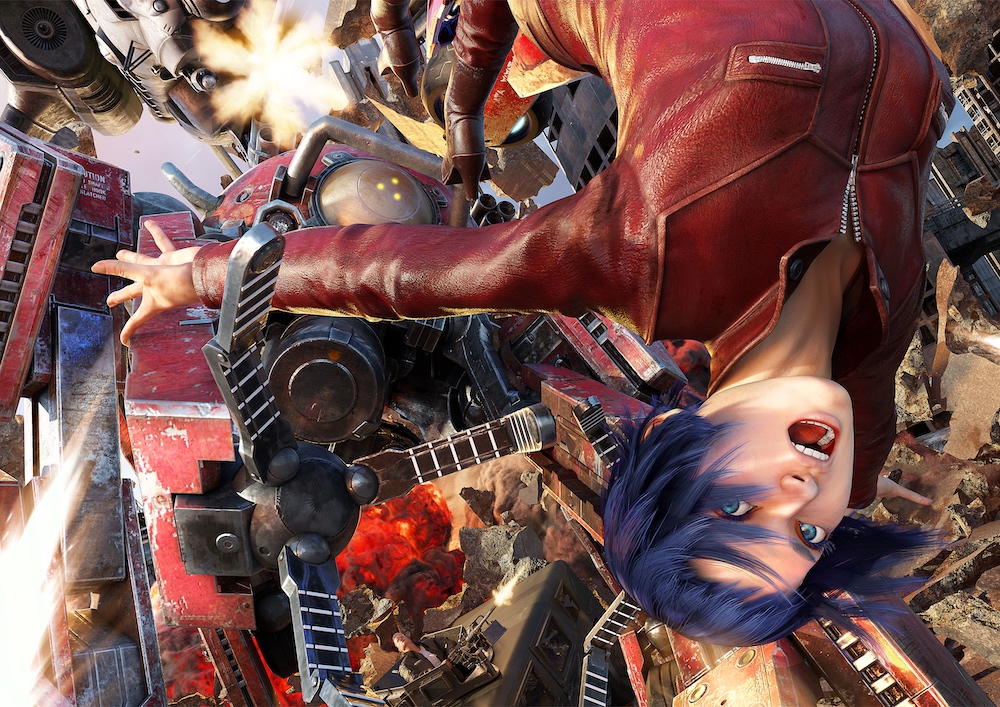